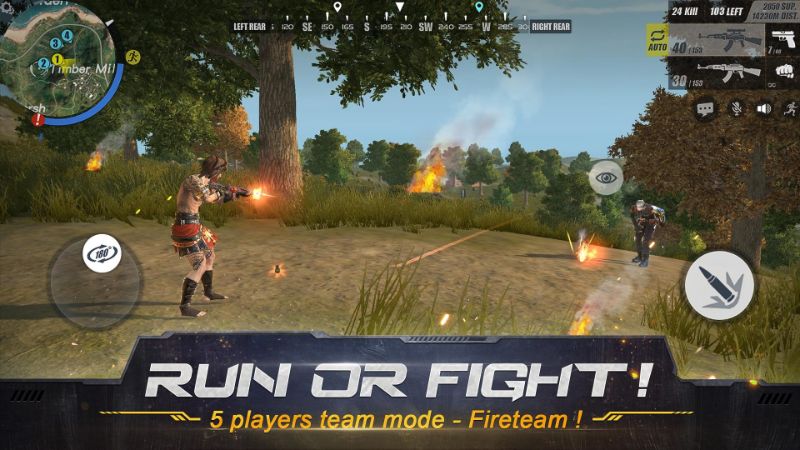 The many different layers that are present in the gameplay of Rules of Survival have made it such a popular game in the overcrowded genre of Battle Royale style games. The game has gained over 230 million followers in the short time since its release. The game consists of an 8 by 8 kilometre map which has weapons, materials and vehicles that the players can use to win the match. 300 players are pitted against each other, each to become the last man standing.

Several features lend the game its unique and attractive nature. One of them is the vast array of weapons that are available to players. There are pistols, shotguns, assault rifles and sniper rifles present in the game. The game has over 20 different vehicles and what’s more? The players can obtain special powers in the game that gives them a competitive advantage over other players. The players can gain infrared vision, super body or become a zombie.

The gameplay of a player should be accommodating of these powers and to make sure they make the best use of these powers. If a player does become a zombie during the game of Rules of Survival, here are some tips to navigate their way through the game with more ease-

As a zombie, you are not allowed to shoot anyone in the game, and this means that you need to get close to other players to cause damage to their characters with your claws. In the zombie mode, one will find it easier to avoid any gunshots as they will be able to jump higher and faster as compared to their form before.

The heat vision will light anything in your vicinity and makes for an excellent way to damage many enemies at the same time without expending a lot of energy in the process. When opponents are hiding behind different structures, you can use the heat vision to destroy them.

Make sure you understand that the other players who have achieved this state are into on your side. They are still your most capable opponents and should be targeted as such. Jump when they jump to avoid being attacked and to manage to land a blow on your opponent.

With these tips, you will be able to navigate their way through the game in zombie mode very easily.

Also: Tips to survive at Rules of Survival