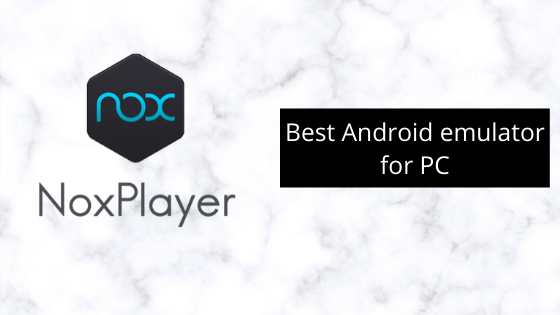 The Android System is widespread in the present era with over 2.5 billion active Android devices according to Google. This shows that the popularity of Android surpasses even the Windows platform which stands at a mere 1 billion globally. It’s not too surprising to learn this when you consider that the Android systems comparatively offers more mobility than any desktop environments. Since Android is mostly used on handheld devices, there are multiple apps in the market that use this to their advantage to offer various services.

From Travel Services to the Food Industry, there’s an app for almost everything that you could imagine. While these apps are useful as they come, sometimes they could work well with a surplus crunch that only Windows hardware can provide. It could also be that one may want to use their apps on bigger screens or test beta applications.

To meet such needs, the developers have come up with an ingenious solution called Android Emulators. Originally, the android system was built on computers and to date, computers play a vital role in making the android apps. There are a few popular Android Emulators in the market namely BlueStacks, MEmu, Remix OS Player and more but none could match the versatility of the Nox App Player.

Why Nox App Player is the Best Android Emulator for PC?

There are numerous reasons as to why the Nox App Player is the best Android Emulator on the internet. It is based on the Android 4.4 KitKat system and has a custom UI that is loaded with many unconventional features. There’s inbuilt support for the Google Play Store which is home to billions of apps that you can download and use in your daily lives.

For people who want to multitask and do serious work on the system, it’s possible to run multiple instances of the system within the emulator. This comes handy even when you have to use cloud services or if you’re an employed freelancer who’s both working and chasing his/her passions at the same time.

For gamers, the Nox App Player is the best Android Emulator but not without factual reasons. You see, the Emulator allows you to manage the number of cores for utilization as well as provide custom RAM size which can make the android system smoother on older hardware too.

Moreover, you can customize your controls with key mapping to gain an edge over opponents in gaming and even change the graphics rendering method between the OpenGL and DirectX. Additionally, you can also utilize the script record function to automate actions that are useful to gamers and developers alike. The inbuilt root function, too, favors all kinds of users.

Read: Andyroid – Best emulator to get mobile apps on PC

The Nox App Player is a ground-breaking Android Emulator for both gaming and professional use. Besides those uses, this emulator is also good for watching movies, tv shows, listening to podcasts and much more with the right app installed on it.