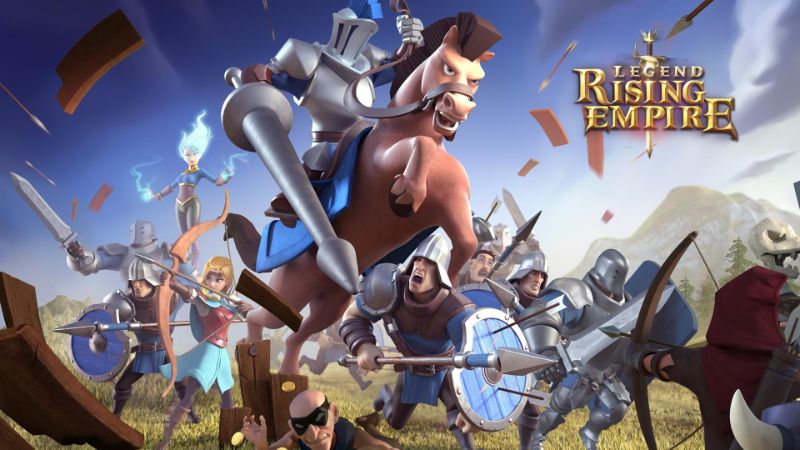 No doubt, you have played lots of online games that best suits your taste. Like, if you love playing strategy and battle games where hundreds of players are involved in the battle with the aim to build their empire and to protect it from enemies, you must try Legend: Rising Empire. In this gameplay, you have to take out your enemies and be the lord of the entire world.

It is considered as the first mobile game which is designed to combine the strategy and city building task. Here, you have to build a city and expand your empire in the splendid continent of Favilla (click here to discover how to conquer Favilla). You are the Lord of your city, giving you all the rights to lead your people and expand your village/city land to the vast empire.

Being a lord, you have to be very smart and decisive making abilities, where you require making any decision favoring your people. You have to manage your land and to protect it from enemies you require raising your army. Make sure to build a strong and powerful army having weapons and skills to battle effectively against the enemies and bandits. In addition to this, you are also allowed to collaborate with your allies that not only help in expanding your empire, but also help a lot when it comes to the battle against the enemies.

In simple words, we can say that this gameplay is all about capturing the city, expanding your empire, conquering the world and getting closer to the throne.

With your powerful strategies and dedication, you can expand and protect your empire by an impressive army. You are allowed to build loads of different buildings as per your choice; they can be barracks, homes, hospitals, farms, etc. When you progress in the game, you get the number of opportunities to get more and better resources. Also, you require enhancing your buildings in order to achieve more rewards.

One thing you must know that when you send your army to fight against the enemies, you can activate multiple special powers that work great in giving a small boost to your army.

After getting familiar with the gameplay of Legend: Rising Empire for Computer, you will surely want to try this strategy game once. You will love playing with a variety of customization options and wonderful graphics.

So, join this gameplay today only and get an ultimate experience of strategy and leadership in creating your empire in Favilla.